"Why in the world did you pick this name for your blog?" ...so glad you asked...

Have y'all ever gone and drooled at the Spoonflower website?  I have, but my goodness, it's a little cost prohibitive.  I can see splurging on a design you couldn't live with out and had the perfect pattern for, but I haven't come to that bridge yet, so I'm not going to cross it.

Spoonflower ran a promotion in October for a buy one, get one fat quarter.  I had some extra $$ and thought it would be fun to try a couple knits.
I bought the Organic Cotton Knit in these two designs:

I was planning on making bodices for dresses for my girls, but then I got selfish.
I played around with the Sewaholic Renfrew pattern a little.  I traced it, cut it up and raised the neckline.  I had the two fat quarters, an XL mustard colored men's shirt from Goodwill and an Old Navy coral ladies t-shirt.

This is what I came up with. 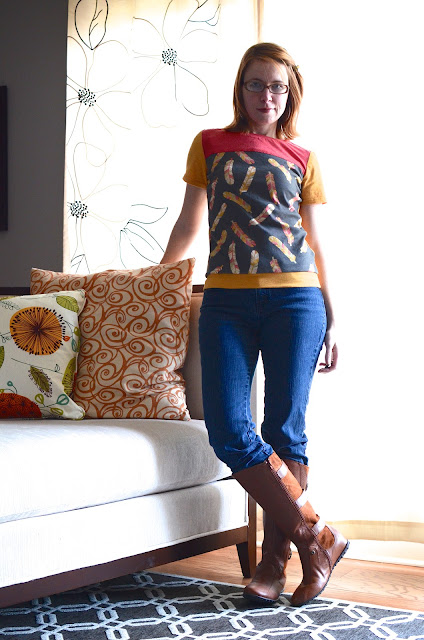 Arielle saw me and the camera and ran over. "Mommy. I'll cross my legs like you!"
She's so cute.
Another cute fact about this picture.  She's not wearing that hoodie (which happens to be her older sister's) because she's cold.  I had checked in on my girls a few minutes before this and she had the hoodie scrunched under the faucet in their toy kitchen.  She was moving it slowly past the spigot.  She saw me and said, "I'm sewing a dress for Pinkie Pie!"  They pick all sorts of different cartoon characters to be during their playtime and I guess today was My Little Pony.  (Incidentally, Gertie just made her own Pinkie Pie dress and is selling the fabric she designed through Spoonflower.) The cool thing was that she was pretending to sew!  So then she wanted me to put it on her when she was finished and take a picture.  hehehehe 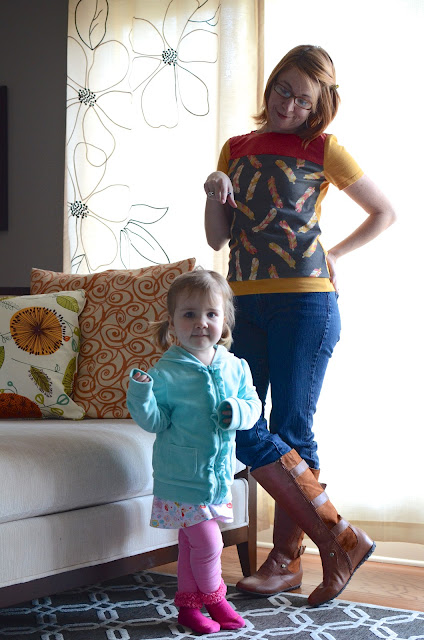 I need to learn how to pose for back shots.  Slumping over doesn't work as well from the back as it can from the front... ew, that's awful.  I just wanted you to see the arrow fabric in the back. 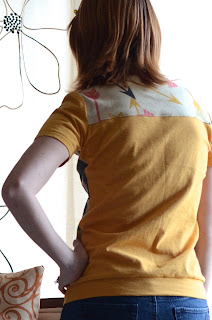 I'm enjoying working with knits more and more and I'm beginning to wonder why everyone (including me) starts out so scared of them. 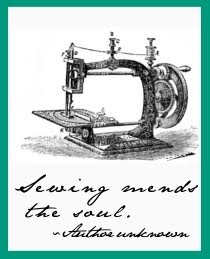